What Causes Moles on Your Skin?

Have you spotted a new mole somewhere on your body? Is it giving you anxiety? If you’re a hypochondriac, you might freak out when you see a growth anywhere on your skin. This is perfectly normal! There are some skin lesions that are very normal and benign (non-cancerous). Such abnormalities include moles, freckles, skin patches, innocuous lentigines, and seborrheic keratoses. A new mole may not be a sign that you have to lose your head worrying, so don’t! Keep reading to find out what causes moles to appear and develop on your skin.

Moles are skin cysts that are typically dark or black. Moles can develop anywhere on the body, alone or in clusters. Most moles show up in childhood and adolescence and during the first 25 years of a person’s life. It is common to have about 10-40 moles during your life. So you see, it’s not really such an anomaly to develop one.

As years go by, moles typically change gradually, grow and/or change color. Sometimes,  hair will grow in the mole. Some moles do not shift at all, whereas others do vanish gradually over time. 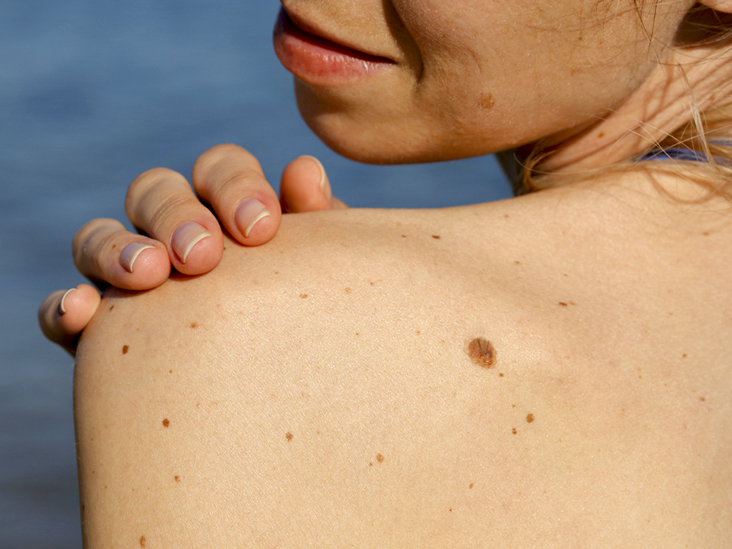 What causes moles to develop?

Moles develop as cells in the skin expand in a cluster rather than spread around the skin. These cells are termed melanocytes which produce the pigment that gives the skin its natural color. Moles can darken after sun exposure, during teenage years as well as during pregnancy.

Let’s talk about the kinds of moles that develop in/on your body.

The first are congenital nevi. Congenital nevi are moles that are present at birth. Congenital nevi occur in almost one in 100 individuals. These moles are considerably more likely to evolve into skin cancer than moles that emerge after birth. A mole or freckle should really be tested if it has a circumference greater than that of a pencil eraser or if it has any features common with melanoma (skin cancer).

Whereas dysplastic nevi are moles that are usually bigger than the norm (larger than the pencil eraser) and irregular in appearance. They tend to be of uneven color with dark brown centers and softer, irregular edges. These nevi are a little more likely to develop into skin cancer.

Should you be worried about a new mole?

The large majority of moles are often not lethal. Moles that are most likely to be cancer are those that appear different from most current moles, or those that first surface after 25 years of age. If you observe differences in mole coloring, length, size, or form, you should be examined by a dermatologist (skin doctor). You must also have moles checked if they bleed, smell, itch, or become soft or painful. 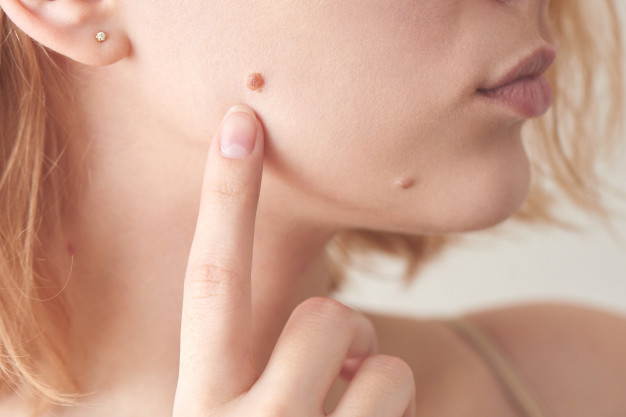 If a new mole develops and you’re bothered by it due to aesthetic reasons, you can always get it surgically removed. These are non-invasive procedures and are also usually out-patient procedures, too. So don’t worry too much if you see a new mole pop up. More often than not, it’s an aesthetic and not a medical concern!